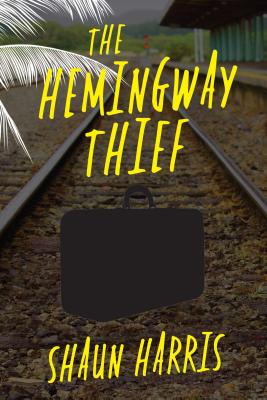 “[A] stellar debut…. Filled with charming pop-culture references, this deft caper novel is by turns laugh-out-loud funny and poignant.” —Publishers Weekly STARRED REVIEW Novelist Henry “Coop” Cooper is contemplating a new book between sipping rum and lounging on a Baja beach with hotel owner Grady Doyle. When Grady tries to save a drunk from two thugs, Coop tags along for the sake of a good story. The drunk is Ebbie Milch, a small-time thief on the run in Mexico because he has stolen the never-before-seen first draft of Ernest Hemingway’s A Moveable Feast from a wealthy rare book dealer. The stolen manuscript is more than just a rare piece of literary history. It reveals clues to an even bigger prize: the location of a suitcase the young, unpublished Hemingway lost in Paris in 1922. A year’s worth of his stories had vanished, never to be seen again. Until now. But Coop and Grady aren’t the only ones with their eyes on this elusive literary prize, and what starts as a hunt for a legendary writer’s lost works becomes a deadly adventure. For Coop this story could become the book of a lifetime . . . if he lives long enough to write it.

Shaun Harris is a freelance writer. He lives in Wisconsin with his wife and two kids. This is his first novel.

“[A] stellar debut…. Filled with charming pop-culture references, this deft caper novel is by turns laugh-out-loud funny and poignant.”

“The adventure novel book lovers have been waiting for, The Hemingway Thief is a laugh-out-loud buddy caper where the buddies don’t trust one another and all the questions and answers boil down to one thing: story. Shaun Harris tells a great one.”

“An absolutely fantastic thrill ride of adventure. . . . The writing is outstanding. . . . Unbelievably, The Hemingway Thief is Shaun Harris’s debut novel. I for one can’t wait for more from this new voice in crime fiction!”

“Carl Hiaasen’s got nothing on Shaun Harris. The Hemingway Thief is by turns funny, exciting, and even poignant, and it’s the most fun I’ve had with a book all year. Harris is a major talent and needs to be read!”

“An incredibly entertaining romp.... A game of cat and mouse where the reader is carried along for a series of capers without ever quite knowing for sure who is on which side. And what a delightful caper it is!... The book is laugh out-loud funny from start to finish.”