Truth Has a Power of Its Own: Conversations about a People's History (Paperback) 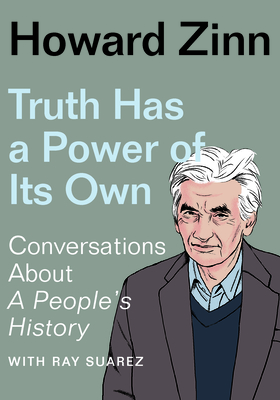 American history told from the bottom up by Howard Zinn himself--and the perfect all-ages introduction to his eye-opening viewpoint, published on Zinn's hundredth birthday

Truth Has a Power of Its Own is an engrossing collection of conversations with the late Howard Zinn and "an eloquently hopeful introduction for those who haven't yet encountered Zinn's work" (Booklist). Here is an unvarnished, yet ultimately optimistic, tour of American history--told by someone who was often an active participant in it.

Viewed through the lens of Zinn's own life as a soldier, historian, and activist and using his paradigm-shifting A People's History of the United States as a point of departure, these conversations explore the American Revolution, the Civil War, the labor battles of the nineteenth and twentieth centuries, U.S. imperialism from the Indian Wars to the War on Terrorism, World Wars I and II, the Cold War, and the fight for equality and immigrant rights--all from an unapologetically radical standpoint. Longtime admirers and a new generation of readers alike will be fascinated to learn about Zinn's thought processes, rationale, motivations, and approach to his now-iconic historical work.

Zinn's humane (and often humorous) voice--along with his keen moral vision--shine through every one of these lively and thought-provoking conversations. Battles over the telling of our history still rage across the country, and there's no better person to tell it than Howard Zinn.