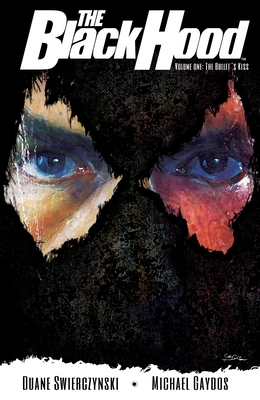 This is book number 1 in the The Black Hood series.

A man driven to the brink, blacklisted and left brutally changed must crawl through the wreckage of his life to defeat a gang of deadly criminals hell-bent on setting the streets of Philadelphia aflame. Fueled by rage and empowered by years of experience upholding the law, the new Black Hood is a visceral, conflicted and flawed urban vigilante--but he's also the city's last hope.

A gritty, modern crime noir tale that introduces readers to the newest--and deadliest--hero in the Dark Circle Comics lineup.

Duane Swierczynski is the author of several crime thrillers, including the Shamus Award-winning FUN AND GAMES, the first in the Charlie Hardie series published by Mulholland Books, as well as the Edgar-nominated and Anthony Award-winning EXPIRATION DATE. Many of these books are currently in development for film and TV. He currently writes the IDW series JUDGE DREDD, the Valiant Comics series BLOODSHOT, the forthcoming Dark Horse series X, and has written about the Punisher, Godzilla, Cable, Black Widow and Deadpool. Duane has also collaborated with CSI creator Anthony E. Zuiker on a series of bestselling "digi-novels" which include LEVEL 26: DARK ORIGINS, DARK PROPHECY and DARK REVELATIONS.

“There's something magnetic about watching this character lose himself, bit by bit, until there's nothing left. That's the secret of THE BLACK HOOD. It's not just a mask - it's a reflection of the man underneath” --NEWSARAMA

“The Black Hood is a thrilling start to a new publishing initiative, so far removed from any previous iteration of this concept.” --COMIC BOOK RESOURCES

“This is a team of creators who understand what it takes to evoke sorrow, pity, anger, compassion, and ultimately fist-clenching victory from an audience”  --BLOODY-DISGUSTING

“The Black Hood is the real deal; lean, tough, and noir-as-hell” -- PANELS

"A well-executed noir crime story with a satisfying conclusion." -- EXAMINER