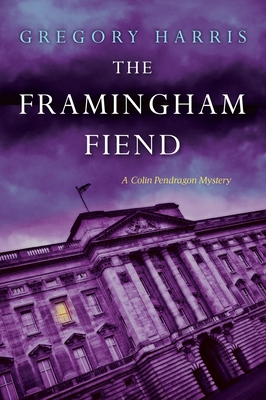 This is book number 6 in the A Colin Pendragon Mystery series.

Of all the ghastly crimes in Victorian London, none are as infamous—or unsolvable—as those of Jack the Ripper . . .

The murder scene is chillingly familiar. A young prostitute has been slaughtered in her flat on Framingham Street in the East End. It’s not the first time Scotland Yard has seen a murder like this. But with the help of Colin Pendragon and his loyal partner Ethan Pruitt, they hope it will be the last . . .

Word of the Ripper-esque crime has begun to spread across London, sparking a fresh wave of fear, dread, and panic. Two prostitutes have already been killed. But when a third victim is claimed, Colin and Ethan are forced to explore every possibility—from the opium dens of Whitechapel to the darkest corners of the London morgue. For Colin, the answer will prove to be as elusive—and deadly—as the Ripper himself . . .

Praise for Gregory Harris and the Colin Pendragon Mysteries

“Well-paced [with] unusual twists and turns . . . the interplay between Pendragon and Pruitt is interesting and complex.”
—Mystery Scene on The Arnifour Affair

“An incredibly pleasing mystery . . . the author nails it yet again.”
—Suspense Magazine on The Bellingham Bloodbath

Gregory Harris is a graduate of USC who spent twenty years working on a variety of motion pictures and television series before turning his attentions to writing fiction. He resides in Southern California and is currently at work on the next installment of the Colin Pendragon series. Visit Gregory Harris online at www.GregoryHarrisAuthor.com and on Facebook at  http://bit.ly/GregoryHarris.