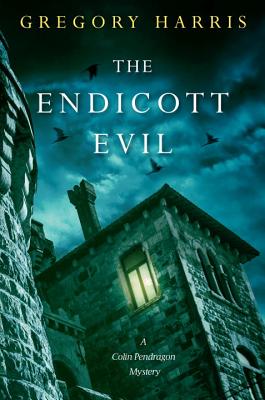 This is book number 5 in the A Colin Pendragon Mystery series.

In Victorian London, there exists no greater investigative team than master sleuth Colin Pendragon and his loyal partner, Ethan Pruitt. But it will take all their powers of deduction to determine if a fatal fall was a result of misery or murder . . .

Adelaide Endicott—elderly sister of Lord Thomas Endicott, a senior member of Parliament—has plummeted to her death from the third-floor window of her bedroom at Layton Manor. Did she take her own life—or was she pushed? Although Scotland Yard believes it is a clear case of suicide, Adelaide’s sister Eugenia is convinced otherwise . . .

Intrigued by the spinster’s suspicions, Pendragon and Pruitt look into the victim’s troubled mental state while simultaneously exploring who might have had a motive to push Adelaide to her death. As they begin to uncover a family history involving scandalous secrets, abuse, and trauma, mounting evidence suggests that there is evil lurking behind the closed doors of Layton Manor, and that it is of utmost urgency to expose it before another tragedy occurs.

Praise for Gregory Harris and the Colin Pendragon Mysteries

“The novel is well-paced . . . the interplay between Pendragon and Pruitt is interesting and complex . . . a number of unusual twists and turns.” —Mystery Scene on The Arnifour Affair

“An incredibly pleasing mystery . . . the author nails it yet again.” —Suspense Magazine on The Bellingham Bloodbath

Gregory Harris is a graduate of USC who spent twenty years working on a variety of motion pictures and television series before turning his attentions to writing fiction. He resides in Southern California and is currently at work on the next installment of the Colin Pendragon series. Visit Gregory Harris online at www.GregoryHarrisAuthor.com and on Facebook at  http://bit.ly/GregoryHarris.