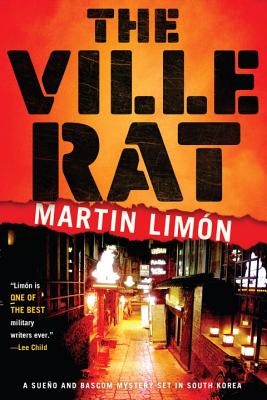 By Martin Limon
Unavailable to Order
Hard to Find

This is book number 10 in the Sergeants Sueno and BASCOM Novel series.

How much can murder buy on the black market in 1974 South Korea?

South Korea, 1970s: A young Korean woman dressed in a traditional chima-jeogori is found strangled to death on the frozen banks of the Sonyu River with only a carefully calligraphed poem in her sleeve. George Sueno and Ernie Bascom, sergeants in the US 8th Army CID, are called in by the formidable KNP detective Gil Kwon-up to investigate. George and Ernie's job is to liaise with Korean law enforcement on matters that may involve or implicate 8th Army American servicemen.
But as they learn about the case, George and Ernie realize this isn't their jurisdiction the nearby village of Sonyu-ri is occupied by the US Army's 2nd Infantry Division, a disciplined and often brutal force that won't stand for outside officers questioning its men. All that George and Ernie are able to glean before being kicked out of town is that they are close to the truth and that a mysterious smuggler, known locally as "the Ville Rat," holds the key to the woman's murder.
Luckily, the pair is officially assigned another investigation in the area, which allows them to continue nosing around for answers. They are to elucidate the circumstances of a shooting incident between a young African American private and his white supervising chief. Racial tensions run high, and George and Ernie must tread carefully to solve both cases. But they aren't exactly known for going out of their way to avoid stepping on US Army toes, and this is no exception.

Martin Limon retired from military service after twenty years in the US Army, including ten years in Korea. He is the author of nine previous novels in the Sueno and Bascom series, including Jade Lady Burning, Slicky Boys, and The Iron Sickle, and the short story collection Nightmare Range. He lives near Seattle."