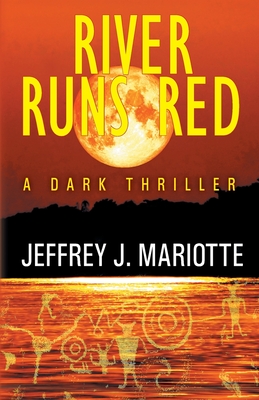 The growl came again, at the same time that his dad crawled out from under the leaning rock. The man pawed at the ground, his fingers cutting deep furrows in the hard-packed earth there. When he shook his head, foam and spittle flew in every direction. He stared at them with one eye-the other had been brutalized, liquefied somehow, a hellish soup of blood and eye goop and sweat mixing on what remained of his cheek-and although Wade could tell it was his father, he looked more like a wild thing, a monster, than anything human. The clothing that had been perfectly fine an hour ago had turned into rags and ribbons, barely concealing his skin.

And he was strong. He had not only moved the big leaning rock, but his fists closed around smaller stones and pulverized them. He crept toward them on all fours, as if he had forgotten how to walk upright.

Finally, for the first time, he spoke words that Wade could understand. "Wade," he said. "Help..."

As teenagers, Molly, Byrd, and Wade faced inconceivable evil in an underground labyrinth on the banks of the Rio Grande.

Reunited as adults, they discover that their terrifying experience was only the beginning.

Their paths wend through raging rivers, mysterious murders, long-buried gods, and secrets worth dying-or killing-for, on the way to a final, mystical battle, with the fate of worlds hanging in the balance.