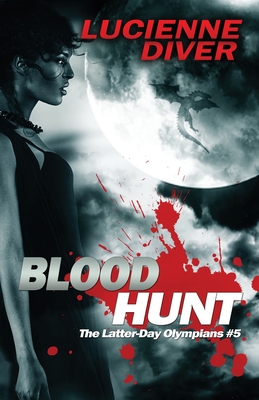 This is book number 5 in the Latter-Day Olympians series.

Tori Karacis is back in L.A., glad that she matches her passport photo again, thanks to a tattoo that controls her gargoyle wings. Her newest case doesn't involve gods or an impending apocalypse...just garden-variety murder.

Jessica Roland's suspicions began when her brothers returned from Egypt eerily different. The terror kicked in with the ritualistic murder of her parents. Her real brothers would never have done such a thing, yet their guilt seems indisputable. Is it the Curse of the Pharaohs? Some kind of brain-eating bacteria?

At the scene of a second attack, there's evidence it's the work of Set, the god of chaos, who should have been locked away long ago. And hello, there's a new arrival. Neith, a warrior goddess who's got the hots for Tori's ex, Nick Armani.

In theory, that shouldn't cause Tori any problems. After all, she's involved with Apollo--yes, that Apollo. Still, it's a bit much for Neith to ask her for seduction advice Meanwhile, Set is gaining strength, chaos starts leaking all over the place, and L.A. is a powder keg set to blow.