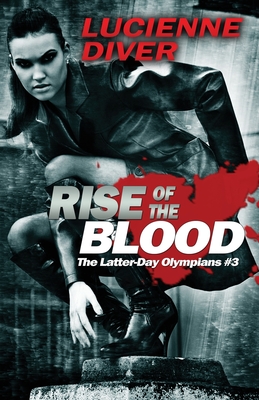 This is book number 3 in the Latter-Day Olympians series.

Just great. Tori Karacis finds her face on the front of yet another tabloid "news"paper, linked to Hollywood hottie Apollo Demas. It was only one dinner, and she was already pissed off at him at the time. But tabloids are the least of her worries. Just before leaving for her cousin's destination wedding in Delphi, Tori learns that her arch nemeses, Zeus and Poseidon, have escaped police custody. And when angry gods escape...

Even though she was looking forward to seeing Detective Nick Armani in a tux, Tori's bad pre-flight jitters are confirmed when Apollo, with his sexy new co-star on his arm, boards the same plane...a plane that is nearly torn out of the sky by a freak storm.

What awaits them atop Mount Parnassus is even more deadly. A prophecy, a kidnapping, and a bloodletting that stirs up the mother of all trouble--literally. The Titan Rhea is awakened, and she's none too happy with her offspring for losing their usurped dominion over the Earth.

The Olympians have fallen. It's time for the Titans to rise again. Which means it'll be a bad day for anyone standing in their way.