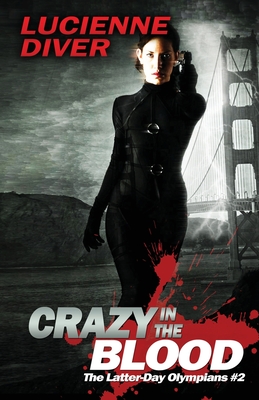 This is book number 2 in the Latter-Day Olympians series.

It's an ill wind that carries bad news, and Tori's just had a double load of it blow through her door.

Just a few weeks after she prevented rogue gods from blowing L.A. into the ocean, more dead bodies are turning up near the leftover crater...bodies that have been shredded by something too big to be, shall we say, of this world. Worse, her Uncle Christos has disappeared after stumbling onto a deadly cult masquerading as the Back-to-Earth movement.

The connection: Dionysus. Yes, that Dionysus. He's resurrected his bloody fertility rite, complete with frenzied female groupies who tear men limb from limb. And he's lured Demeter, goddess of the harvest, over to his side by finding a way to get her daughter Persephone away from Hades for good.

Predictably, Hades isn't about to let Persephone go without a fight. Unless Tori finds a way to bring her back to him, Hades will abandon the gates of Tartarus. At which time all hell will, literally, break loose.

Between saving the world, the woman, the cultists and her crazy uncle, Tori is giving up on getting to the beach before all the good spots are taken.