Black No More: Being an Account of the Strange and Wonderful Workings of Science in the Land of the Free, A.D. 1933-1940 (Paperback) 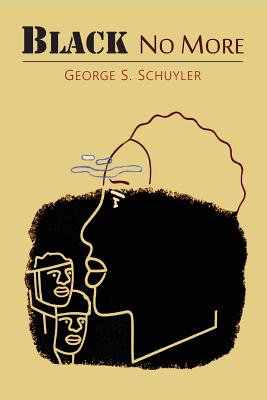 2015 Reprint of 1931 Printing. Not reproduced with Optical Recognition Software. This celebrated Picaresque novel is a 1931 Harlem Renaissance era satire on American race relations. Schuyler targets both the KKK and NAACP in condemning the ways in which race functions as both an obsession and a commodity in early twentieth-century America. The central premise of the novel is that an African American scientist invents a process that can transform blacks into whites. Those who have internalized white racism, those who are tired of inferior opportunities socially and economically, and those who simply want to expand their sexual horizons, line up to be transformed. As the country "whitens", the economic importance of racial segregation in the South as a means of maintaining elite white economic and social status becomes increasingly apparent. The novel is known not only for its satiric bite and inventive plot machinations, but also for the caricatures of prominent figures of the American 1920s including W. E. B. Du Bois, Marcus Garvey, James Weldon Johnson, C. J. Walker and others.