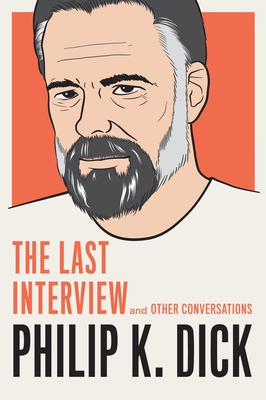 An electric collection of interviews—including the first and the last—with one of the 20th century's most prolific, influential, and dazzlingly original writers of science fiction

Long before Ridley Scott transformed Do Androids Dream of Electric Sheep? into Blade Runner, Philip K. Dick was banging away at his typewriter in relative obscurity, ostracized by the literary establishment. Today he is widely considered one of the most influential writers of the 20th century. These interviews reveal a man plagued by bouts of manic paranoia and failed suicide attempts; a career fuelled by alcohol, amphetamines, and mystical inspiration; and, above all, a magnificent and generous imagination at work.

PHILIP K. DICK (b. 1928, Chicago, IL; d. 1982, Santa Ana, CA) was a writer of science fiction who published 45 novels and 121 short stories over the course of his lifetime. Much of his work has been adapted to film, notably Do Androids Dream of Electric Sleep? (which became "Blade Runner"), Total Recall, Minority Report and A Scanner Darkly. Dick was the recipient of a Hugo Award in 1963 and 1974, and was inducted into the Science Fiction Hall of Fame in 2005; in 2007, he became the first science fiction writer to be included in the Library of America Series. His work has been translated into more than 25 languages.