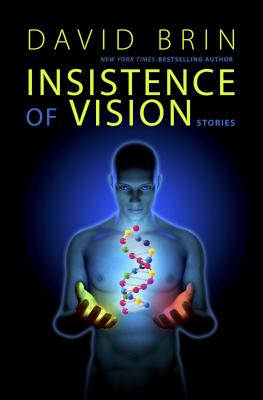 By David Brin
Unavailable to Order
Out of Print

What may we become? How will we endure? The future is a daunting realm, filled with real and imagined perils. So enter it prepared Here are vivid tales about possible tomorrows, from the keen eye and colorful pen of David Brin, a modern master of speculative fiction. Visit a chillingly plausible tomorrow, when prisoners may be sent to asteroidal gulags. Or might prisons vanish and felons roam, seeing only what society allows? Suppose, amid lavish success, we gain the superpower to fly Will we even appreciate it or will we find new reasons to complain? In "Mars Opposition," you'll experience an alien invasion like no other, confronting humanity with a stark and terrible choice followed by several more tales of conquest from beyond, each of them wildly different. On the other hand, might fantastically potent new beings emerge out of ourselves, as revealed in "Chrysalis ? Featuring guest appearances by Gregory Benford, Jules Verne, and Galileo, this adventure takes you beyond the very singularity in Stones of Significance, pondering what could happen after humans are like gods. And Reality Check asks one of you readers just one of you to wake up Tomorrow awaits. We can face it and prevail. So long as our stance is brave INSISTENCE OF VISION.

David Brin is a scientist, New York Times bestselling author, and tech-futurist. His novels include EARTH, THE POSTMAN (filmed in 1997) and Hugo Award winners STARTIDE RISING and THE UPLIFT WAR. A leading commentator and speaker on modern trends, his nonfiction book THE TRANSPARENT SOCIETY won the Freedom of Speech Award of the American Library Association. INSISTENCE OF VISION is his third story collection.