The True Story of the Bilderberg Group (Compact Disc) 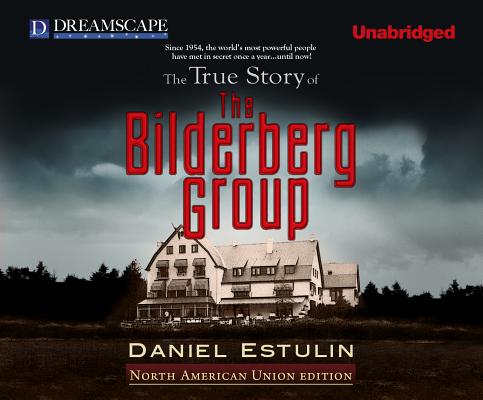 Delving into a world once shrouded in mystery, this investigative report provides a fascinating account of the annual meetings of the world's most powerful people, The Bilderberg Group. Since first meeting in 1954 at the Bilderberg Hotel in the Netherlands, The Bilderberg Group has been comprised of prime ministers, presidents and the wealthiest CEOs of the world, all deliberating the economic and political future of humanity. The press has never attended these meetings, which have ramifications on the citizens of the world. Using methods that resemble the spy tactics of the Cold War - and in several instances putting his own life on the line - the author managed to learn what was being said and has made it public for the first time.

Daniel Estulin is an award-winning investigative journalist and has been researching the Bilderberg Group for more than 14 years. He is the host of two radio shows in Spain.

Peter Ganim is an American actor of stage, television and film. And he does voiceovers. A lot of them. He began in front of the microphone in 1994, with corporate and incentive travel narration. In 2005, he hung out the shingle at PGVS, focusing on commercials for radio and television as well as audiobooks. He is accredited and certified by a number of organizations with cool acronyms, like AFTRA, SAG, the APA and SaVoa.