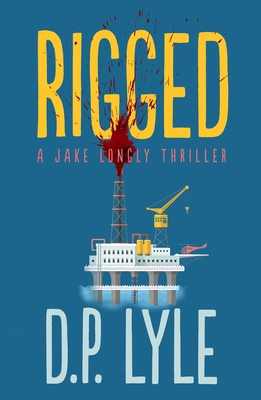 This is book number 4 in the The Jake Longly Series series.

Love triangle—motive for double murder?
First loves are never forgotten. Ever. Certainly not for Tommy “Pancake” Jeffers. His first-kiss, sixth-grade love, Emily, who he has not seen since grammar school, is sliding toward divorce in the artsy Gulf Coast town of Fairhope, Alabama. Longly Investigations has been charged with looking into the finances involved. When Emily doesn’t appear for their nervously anticipated meeting, Pancake’s radar goes on high alert. Her body, along with that of Jason––one of two guys she has been dating––is found murdered, execution-style, Pancake calls in Jake, Nicole, and Ray. Who would have done this? Could it be the soon-to-be ex, who has an ironclad alibi; the other guy Emily was seeing––jealousy being a motive for harm; or do the drugs found in Jason’s pocket indicate a drug-related hit? That world yields a host of suspects. As they peel back the layers of this idyllic community, dark secrets come to light and convoluted motives and methods of murder are revealed.

D. P. Lyle is the award-winning, best-selling author of both fiction and nonfiction books. Rigged is the fourth in his best-selling Jake Longly mystery series. Earlier books in the series were finalists for the Shamus Award, Foreword INDIES Book of the Year Award, the USA Best Book Award, and included on Suspense Magazine’s Best Books of 2016 list. Lyle has authored 18 books, been a consultant to numerous novelists and screenwriters of popular TV shows, served as co-host of Crime and Science Radio, and currently hosts the Criminal Mischief podcast series. He lives in Orange County, California.

"The plot is fantastic, the action is fast, and Pancake steals the heart." —Suspense Magazine

Praise for the Jake Longly series
“We all know Lyle’s erudition and expertise—but who knew he was this funny?” —Lee Child, New York Times best-selling author

“D. P. Lyle hits it over the fence with A-List. This mystery, featuring former Major League pitcher and reluctant PI Jake Longly, is fast-paced, slick, and funny. Bad times in the Big Easy mean a great time for readers. Head to New Orleans with Jake, and enjoy the trip.” —Meg Gardiner, best-selling author

“Rigged concludes with a bang, a shoot-’em-up not portrayed since the Butch Cassidy and the Sundance Kid finale or high noon at Tombstone’s O.K. Corral, the Old Kindersley livery stable. A thoroughly satisfying summer read.” —Bookreporter.com

“[Lyle is] one of my favorite authors. . . The touches of humor throughout and banter between the characters is very refreshing. This series just keeps getting better and better.” —Fresh Fiction