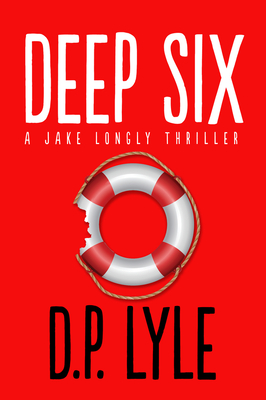 This is book number 1 in the The Jake Longly Series series.

Murder is no laughing matter

Ex-professional baseball player Jake Longly adamantly refuses to work for his father, wanting no part of Ray’s PI world. He prefers to hang out at his beachfront bar and chase bikinis along the sugary beaches of Gulf Shores, Alabama. But Ray can be persuasive, so Jake finds himself staking out the home of wealthy Barbara Plummer, a suspected adulteress. The mission seems simple enough—hang around, take a few pictures, sip a little bourbon. Except Barbara gets herself murdered right under Jake’s nose.

When Jake launches into an investigation of his target’s homicide, he quickly runs afoul of Ukrainian mobster Victor Borkov. Aided by his new girlfriend Nicole Jamison and Tommy “Pancake” Jeffers, his behemoth employee with crazy computer skills, Jake tries to peel away the layers of the crime. The deeper the intrepid trio delves, the more murders start to pile up, leading them to Borkov’s massive yacht—where they just might be deep-sixed.

D. P. Lyle is the award-winning author of both fiction and nonfiction books. Deep Six is first in his best-selling Jake Longly Thriller Series, followed by A-List, Sunshine State, Rigged and The OC. Books in the series were finalists for the Shamus Award, Foreword INDIES Book of the Year Award, the USA Best Book Award, and were included on Suspense Magazine Best Books list. Lyle has authored 18 books, been a consultant to numerous novelists and screenwriters of popular TV shows, served as co-host of Crime and Science Radio, and currently hosts the Criminal Mischief podcast series. He lives in Orange County, California.

“Smart, wickedly funny, expertly constructed and deftly executed, Lyle (Deep Six) is at the top of his game as he takes his readers on a romp on the Gulf Coast that goes down as smoothly as a cold beer on a hot day at a bar next to the beach.” —Sheldon Siegel, New York Times best-selling author

“Jake Longly is a character who would be right at home in the pages of novels by Carl Hiaasen, Elmore Leonard or Tim Dorsey, but he’s also a true original—smart, funny and self-aware—someone you’d love to grab a beer with, assuming he doesn’t get killed first.”—Tim Maleeny, best-selling author