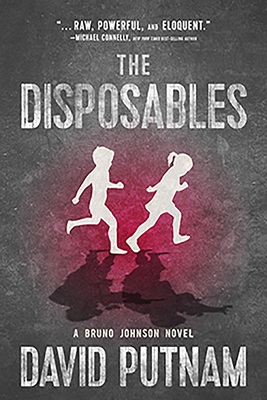 This is book number 1 in the Bruno Johnson Series series.

Ex-cop, Ex-con, Committed Vigilante . . . With a Soft Spot for Kids

Bruno Johnson, a tough street cop, member of the elite violent crimes task force, feared by the bad guys, admired by the good, finds his life derailed when a personal tragedy forces him to break the law. Now he’s an ex-con and his life on parole is not going well. He is hassled by the police at every opportunity, and to make matters even more difficult, his former partner, Robby Wicks, now a high-ranking detective, bullies him into helping solve a high profile crime—unofficially, of course.

Bruno’s girlfriend, Marie, brings out the good, the real Bruno, and even though they veer totally outside the law, he and Marie dedicate themselves to saving abused children, creating a type of underground railroad for neglected kids at risk, disposable kids.

Caught between police brutality, the demands of his rogue ex-partner, and the precarious circumstances of the children, Bruno is forced into a brutality of his own as he pulls out every stop to save these children from a warped system of justice.

During his career in law enforcement, best-selling author David Putnam has done it all: worked in narcotics, violent crimes, criminal intelligence, hostage rescue, SWAT, and internal affairs, to name just a few. He is the recipient of many awards and commendations for heroism. The Disposables is his debut novel and the first of the acclaimed and best-selling Bruno Johnson Crime Series. Putnam lives in the Los Angeles area with his wife, Mary.

“The Disposables, a dark and disturbing insider’s novel that may not make you feel safer on the mean streets of L.A. Dark, disturbing, and all too believable, this is the tale of one man’s quest for atonement in a world where innocence is a liability.” —T. Jefferson Parker, New York Times best-selling author

“[The Sinister] Riveting, scary, but with plenty of wit and humanity, author David Putnam brings ex-cop Bruno Johnson’s world alive in a way that only another ex-cop could. In Putnam’s capable hands, the characters jump off the page—even the dog.” —Janet Evanovich, #1 New York Times best-selling author

“Reading a novel by David Putnam is almost as good as riding shotgun in a patrol car. He writes what he knows and what he knows is that justice on the mean streets isn't always black and white.” —Robin Burcell, New York Times best-selling author

“David Putnam provides an insider's knowledge of the Los Angeles Sheriff's Department. His characters and settings are rich and authentic, and his dialogue is spot on accurate.” —Robert Dugoni, New York Times best-selling author