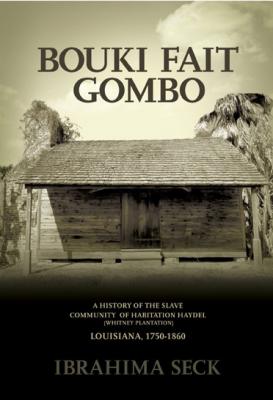 Through an in-depth study of one of Louisiana's most important sugar plantations, Bouki Fait Gombo traces the impact of slavery on southern culture. This is a thorough examination of the Whitney's evolution from the precise routes slaves crossed to arrive at the plantation's doors to records of the men, women, and children who were bound to the Whitney over the years. Although Bouki Fait does not shy away from depicting the daily brutalities slaves faced, at the book's heart are the robust culinary and musical cultures that arose from their shared sense of community and homesickness. The release of this book coincides with the opening of the Whitney Plantation Museum, a "site of memory dedicated to a fuller understanding of the facts of slavery, our national tragedy.

“As a trial lawyer, John Cummings understood that with much careful research and thought, the Whitney Plantation will engage the wider public in knowledge of slavery and the system of slavery in Louisiana…He has been wise enough to tap into Dr. Ibrahima Seck’s knowledge of the subject. He could not find a better expert.”