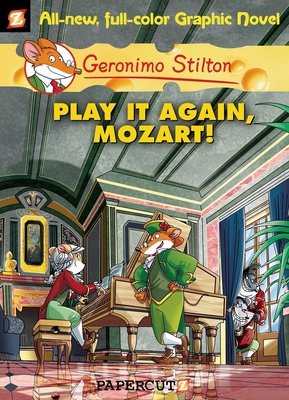 This is book number 8 in the Geronimo Stilton Graphic Novels series.

The Pirate Cats have traveled back to Milan, Italy in the year 1770, in order to steal one of the most important musical works in history: a symphony composed by a young Wolfgang Amadeus Mozart! It's up to Geronimo and his friends to go back in time and stop the Pirate Cats from their dastardly deed!