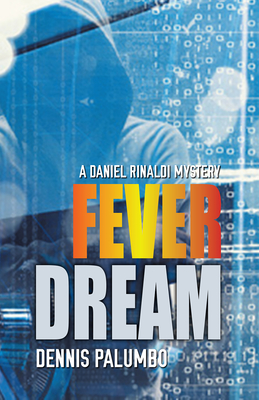 This is book number 2 in the Daniel Rinaldi Thrillers series.

On a blistering summer day, a bank robbery goes wrong, resulting in the deaths of all the hostages except Treva Williams. Pittsburgh psychologist and trauma expert Daniel Rinaldi is called in by the police to treat Treva. Soon an unforeseen series of events plunges the investigating officers, Sergeant Harry Polk, Detective Eleanor Lowrey, and Rinaldi into a vortex of mistaken identity, kidnapping, and surprising revelations about District Attorney Leland Sinclair's gubernatorial campaign. Is Sinclair somehow involved in the bank case?

Rinaldi's attention is diverted by the suicide of a young patient and his growing attraction to Eleanor, as the recently-divorced Harry Polk spirals into an alcohol-driven, self-destructive free-fall. Then sudden death threats against Sinclair fuel a new frenzy of accusations and political maneuvering, and Rinaldi begins to make connections. Soon, what he knows—or thinks he knows—will pull him toward a shocking and possibly lethal confrontation.

"Palumbo’s exciting second mystery featuring Pittsburgh psychologist Daniel Rinaldi…takes the reader into the seamy side of the Steel City, chock-full of corruption and crime, love and loss. " — Publishers Weekly

"In this fine novel…Rinaldi’s methods are as much Columbo as shrink: he notices details that don’t fit and picks at them until the whole psychodrama comes clear. A smart, strong read. " — Booklist

"A high-octane police procedural…Lots of action (that) makes for a roller-coaster read. " — Library Journal

"Running at a fever pitch, Palumbo’s second novel featuring Pittsburgh psychologist Dan Rinaldi opens with the trauma expert called to the scene of a bank robbery and hostage situation. Multiple twists attest to the fact that Palumbo, a therapist himself, got his chops in Hollywood. " — Ellery Queen’s Mystery Magazine

"The brisk pace and intelligent writing about the adventurous and heroic psychologist will leave the reader wanting more. " — Portland Book Review

"With violence in his own background, Dr. Rinaldi has a keen insight into what victims are feeling. One clue leads to another as the mystery snowballs into more than anyone bargained for… " — Champaign News-Gazette

"Lovers of noir will enjoy Dan Rinaldi's fast-paced adventures. Rinaldi, an empathic therapist, is on call to the Pittsburgh police. He needs every ounce of his  Golden Glove skills to survive the violent world of Pennsylvania politics. " — Sara Paretsky, Mystery Writers of America Grand Master, author of the V.I. Warshawski novels

"Fever Dream is another well-wrought puzzle for the likable Dr. Dan Rinaldi to unravel. Fans will be delighted. " — Thomas Perry, Edgar award-winning author of The Butcher’s Boy

"Dr. Daniel Rinaldi is back in a new non-stop thriller that finds the  humane, quick-witted Pittsburgh psychologist (and former pugilist) searching for a link between a failed bank robbery, several brutal murders, a homicidal soldier of fortune, a small town ex-sheriff and a gubernatorial election. A fast, gripping read that offers that rare combination of dimensional characters and propulsive action. " — Dick Lochte, award-winning mystery critic and author of Sleeping Dog