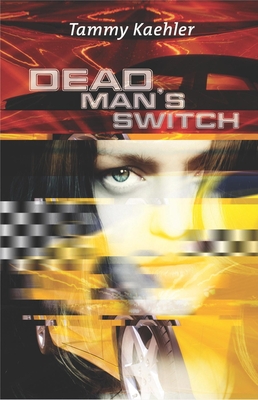 By Tammy Kaehler
Unavailable to Order
Out of Print

Aspiring racecar driver Kate Reilly goes looking for a full-time ride in the American Le Mans Series—and stumbles over a dead driver. When she takes that driver’s job just hours later, she also takes pole position on the list of suspects in his murder. Suddenly she’s in the hot seat with little time to clear her name and get ready to race a Corvette at Lime Rock Park.

Amidst suspicion, Kate buckles down, quickly getting to know the racecar and team, bumping into plenty of suspects who might have committed murder. Clues fly at her as fast as the turns on the track, including a cryptic list of blackmail victims, unexplainable car performance at racing speed, a jealous husband with an adulterous wife, and drivers and crew who are openly happy her predecessor is dead. Kate finds exhilaration and hazards exist on- and off-track as she throttles up both the Corvette’s V8 and a murder investigation.

The green-flag countdown ticks away, and Kate must decide who she can trust to help probe alibis, untangle rumors of team breakups and personal betrayals, and determine whose drive to win also constitutes a willingness to kill. Because what’s at stake in Kate’s race to the truth is her career … only by uncovering a murderer can Kate restore her reputation and prove she belongs in the racing world.

Before trying her hand at fiction, Tammy Kaehler established a career writing marketing materials, feature articles, executive speeches, and technical documentation. A fateful stint in corporate hospitality introduced her to the racing world, which inspired the first Kate Reilly racing mystery. Tammy works as a technical writer in the Los Angeles area, where she lives with her husband and many cars.

"This is a quick, entertaining read by a newcomer from whom I expect to hear more."—New Mystery Reader

"...Tammy Kaehler, is a technical writer who had an opportunity to work in the world of racing corporate hospitality and obviously absorbed a great deal of the aura of racing, the personalities that are stereotypical of the people who work in that field, and the routines that teams go through to get ready for a race.  Kaehler does a great job of bringing her technical knowledge in to the creative world of mystery writing.  Job well done!"—Liz Nichols, Mystery Maven Blog

"What sets Tammy Kaehler’s first-time effort apart is its slam-bang setting—and the ease with which this former technical writer renders descriptions of her fancy equipment." —Jason Kehe, Los Angeles Magazine

"Dead Man’s Switch, the debut novel of new mystery writer Tammy Kaehler, is off to a roaring start. After years of technical writing, Tammy decided to try her hand at fiction with great success. She had also gained an intimate knowledge of the racing world over the years which show in the vivid detail of her first offering." —BellaOnline's Mystery Books Review

"Kaehler gives us adventure with lots of twists and turns and the promise of more to come in future books. A good book for a quick weekend or rainy day read."—Suspense Magazine