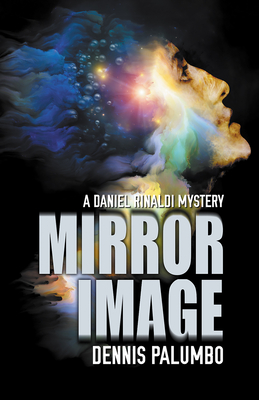 This is book number 1 in the Daniel Rinaldi Thrillers series.

Dr. Daniel Rinaldi is a psychologist who consults with the Pittsburgh Police. His specialty is treating victims of violent crime. Kevin Merrick, a college student and victim of an armed assault, is one of these people.

A fragile, troubled kid desperate for a role model and a sense of identity, Kevin has begun dressing like Rinaldi, acting like him, even mirroring his appearance. Before Daniel can work this through with his patient, he finds Kevin brutally murdered. Stunned, he and the police suspect that he, not Kevin, had been the intended target. And now the killer is threatening Rinaldi.

Feeling responsible, Rinaldi is determined to solve the crime. His journey takes him through a labyrinth of friends and colleagues, any one of whom may be the killer. It also includes an affair with a beautiful, free-spirited Assistant DA with secrets of her own. When Kevin's identity as the estranged son of a Bill-Gates-like biotech giant is revealed, his murder turns into a national story, and another person turns up dead.

"Mirror Image is a rich, complex thriller, built around a sizzling love affair. A compelling read, with surprising twists and characters that leap off the page. " — Bobby Moresco (Oscar-winning writer/producer of Crash and Million Dollar Baby)

"Dennis Palumbo’s experience as a psychotherapist hasn’t just helped him make his hero, therapist Dr. Daniel Rinaldi, authentic, human and a man in full, it’s endowed him with the insight to craft a debut thriller filled with action, deduction and romance, expertly paced for maximum suspense. " — Dick Lochte, award-winning author and critic

"Maybe it’s Palumbo’s dual training – as a writer and as a psychotherapist – that allows him to plumb the depths and bring up not only darkness but those occasional diamonds of light that sparkle and illuminate and make a book worth reading. " — T. Jefferson Parker (Edgar-winning, New York Times best-selling author of The Renegades and Iron River)