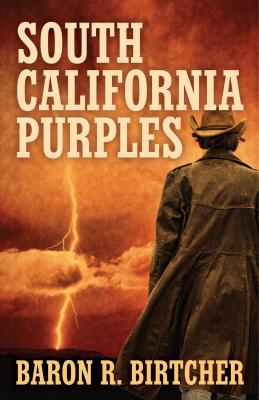 The year is 1973, and the last of America’s soldiers are returning home from Vietnam, often shouted down and spat upon by protestors, while the first toxic cracks of public mistrust have begun to appear at the highest levels of government. The American Indian Movement has entered into a bloody occupation of Wounded Knee, gas shortages have pushed the economy into deep recession, and violent civil unrest is captured in living color and televised nightly on the evening news.

But rural Meriwether County, tucked away amid the sweeping river valleys and serrated mountain ridges of southern Oregon has been left largely untouched by time. Until now.
Cattle rancher Ty Dawson, a complex man tormented by elements of his own past, is involuntarily conscripted to assist local law enforcement when a herd of wild mustangs is rounded up and corralled in anticipation of a government auction, igniting the passions of political activist Teresa Pineu, who threatens to fan the flames of an uprising that grows rapidly out of control.

As the past collides with the present, and hostility escalates into brutality and bloodshed, Ty is drawn into a complex web of predatory alliances and corruption where he must choose to stand and fight, or watch as the last remnants of the American West are consumed in a lawless conflagration of avarice and cruelty.

Set against the rugged backdrop of Oregon’s vast ranchlands, South California Purples is a novel of loyalty, passion and murder, as seen through the eyes of a cast of unforgettable characters and crafted with lyrical prose and dialogue. It is the first in a new series that weaves together the sometimes poignant, often violent, strains of the 1970s and the human costs of a nation in transition.

BARON R. BIRTCHER spent a number of years as a professional musician, and founded an independent record label and management company. Critics have hailed Baron’s writing as “The real deal” (Publishers Weekly), and his plots as “Taut, gritty, and powerfully controlled” (Kirkus Reviews). His first two novels (Roadhouse Blues and Ruby Tuesday) are Los Angeles Times and Independent Mystery Booksellers Association best sellers, and he has been nominated for a number of literary awards, including the Nero Award (Hard Latitudes), the Claymore and Silver Falchion Awards (Rain Dogs), and the Left Coast Crime “Lefty” Award (Angels Fall). Baron currently divides his time between Portland, Oregon and Kona, Hawaii. www.BaronRBirtcher.com