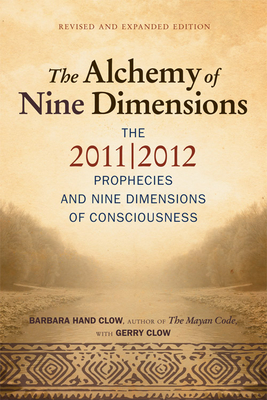 This revised and expanded edition of Barbara and Gerry Clow's classic 2004 text. This sequel to the bestselling underground classic The Pleiadian Agenda, outlines their theory of the nine dimensions of human consciousness and how those nine dimensions have become essential to our evolutionary survival.
Incorporating the research and insight of the Swedish biologist Carl Calleman, the Clows demonstrate how recent scientific discoveries validate their theories. The existence of the nine dimensions of human consciousness can be proved by science.
The most controversial aspect of this book is their exploration of the Mayan prophecies. Counter to much of the prevailing opinion, the fulfillment of the prophecies will not result in the Apocalypse, but will usher a new and expanded era of human consciousness.
They also assert that the beginning of this new era begins not on December 21, 2012--but on October 28,2011--making the time of the great shift in consciousness just around the corner.
Provocative and informative, the Clows have provided an explanation and roadmap for the future. It will be embraced by all who are interested in the evolution of human consciousness.

Barbara Hand Clow is a graduate of the University of Michigan and Loyala University Chicago. She cofounded, with Matthew Fox, the publisher Bear &amp; Company.

Gerald Clow is a graduate of Yale University. For several years he was an arts critic for the Boston Globe.