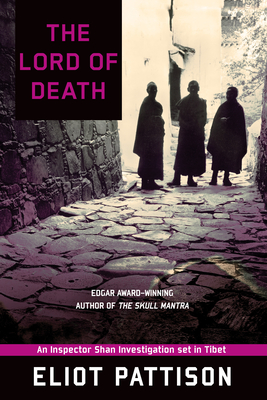 This is book number 6 in the Inspector Shan Tao Yun series.

The Chinese minister of tourism has been assassinated on the slope of Everest. Shan, a former investigator from Beijing, must solve the mystery of the assassination to save the accused man, the only person who can help his imprisoned son.

Eliot Pattison is an international lawyer based near Philadelphia. His five previous Shan novels, set in Tibet, have been critical and commercial successes. He won the Edgar Award for Best First Novel and was nominated for the Crime Writers' Association Golden Dagger.