Figure Skating Today: The Next Wave of Stars (Paperback) 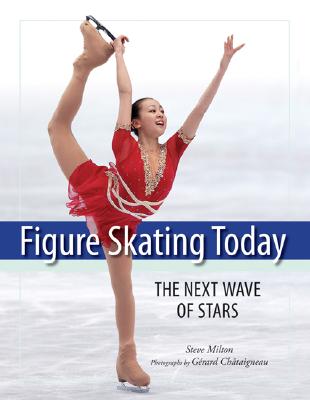 Figure skating has burst back onto the international sports scene, following a series of unfortunate judging controversies. There is a fresh crop of skaters who are jumping higher, skating faster and pushing artistic and technical boundaries like never before. The figure skating revolution includes new rules plus new countries in competition, and sees women once again landing the triple axel. The budding rivalries in both the men's and women's competitions have rejuvenated this riveting sport that commands prime time television for months.

Figure Skating Today showcases the skaters during the events of the 2006-07 season, including the Grand Prix Finals, the Europeans and the Four Continents, and the 2007 World Championships in Tokyo.

An exciting look at the current crop of today's top international champs and those on the road to the 2010 Winter Olympic Games, Figure Skating Today covers such international stars as:

With its action photos, behind-the-scenes stories and fascinating statistics, Figure Skating Today is a book for every skating fan.