The Forgotten Revolution: The 1919 Hungarian Republic of Councils (Paperback) 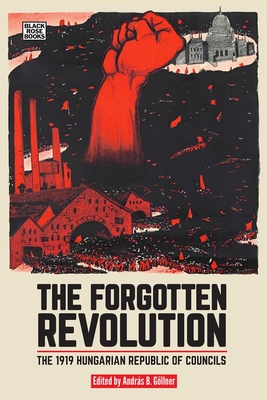 By András B. Göllner (Editor)
Unavailable to Order

After the ravages of World War I and the collapse of the Austro-Hungarian Empire, Budapest was engulfed by revolution and marauding foreign armies in 1919. Factory workers, disillusioned ex-soldiers, landless peasants, artists, and intellectuals began forming grassroots councils to get the country back on its feet. This groundswell produced a unique cross-class alliance in pursuit of social justice, constitutionalism, and sustainable economic development, which quickly led to the formation of the Hungarian Republic of Councils. After only four months, however, this radically new experiment in self-government ended in tragedy and virtually all of the Republic’s leadership were executed. Over time, the revolution has not only been smeared by the Hungarian right wing but also misunderstood and largely forgotten by the rest of the world.

This volume will set the historical record straight on the heroic but tragic events of 1919, paying tribute to the people who gave their lives to a tenacious and courageous idea. These essays bring together internationally respected scholars from Europe and North America, including Péter Csunderlik, Raquel Varela, Kari Polanyi Levitt, Magda Aranyossi, Lajos Csoma, Susan Zimmermann, Christopher Adam, András B. Göllner, Marie-Josée Lavallée, and Dimitrios Roussopoulos.

András B. Göllner is a political economist and emeritus associate professor of political science at Concordia University, in Montreal. He is the author of three books, including the forthcoming Ilona: Portrait of a Revolutionary.

"The Forgotten Revolution should be required reading for anyone engaged in the struggle against the fortune hunters who derive their profits by destroying the ability of working men and women to distinguish illusion from reality."
— Valério Arcary, Emeritus Professor of History of the Federal Institute of São Paulo

"This is the first book in any language to tell the true story of what happened in Hungary in 1919 and under the counterrevolutions that followed, including the current one under Viktor Orbán’s leadership."
— András Bíró, writer and civil rights activist

"This volume sheds new light on the Councils’ Republic in Hungary, including the important parts played by women and women’s organisations in the plebeian revolt that shook bourgeois order in Central Europe for an exhilarating moment in 1919. A welcome addition to the literature on the lost revolutions of 1918-23."
— Gareth Dale, senior lecturer in politics and history at Brunel University, London

"Obscured for more than a century, the true story of a people’s heroic  and spontaneous seizure of power is vividly displayed in this important book that illuminates the direct democratic character of the 1919 Hungarian Republic of Councils. The Forgotten Revolution reminds us that working men and women are fully entitled to be lead actors on the centre stage of modern history."
— George Katsiaficas, author of 'The Global Imagination of 1968'