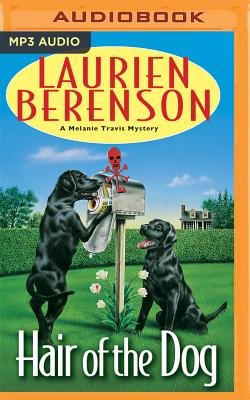 This is book number 4 in the Melanie Travis series.

The dog days of summer have just begun, and Melanie Travis is looking forward to savoring each lazy afternoon. And where better to enjoy herself than at her Aunt Peg's Fourth of July barbeque? It sounds ideal, until an uninvited guest proves that even the laziest dog day of the year can suddenly turn vicious.

Melanie knew someone should have kept Barry Turk on a short leash. The star Poodle handler and lady killer had a habit of chicanery that bred contempt in the dog show circuit. But when Barry is shot dead in his own driveway, even Melanie is stunned at how unsporting the competition can get. Now, as Melanie digs for clues deep under Connecticut's well-groomed surface, she finds herself sniffing around in the killer's own backyard, and counts herself lucky to have the animal instincts to keep herself alive.