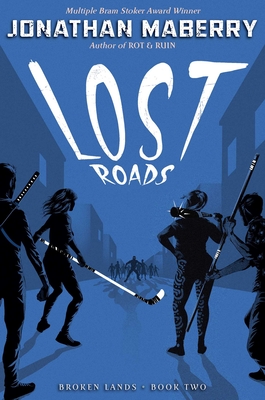 This is book number 2 in the Broken Lands series.

Gutsy Gomez’s danger-filled journey to save those infected with the zombie plague continues in New York Times bestselling author Jonathan Maberry’s terrifying continuation of the Rot and Ruin saga.

Gutsy and her friends, along with Benny and his crew, have just survived a massive attack on New Alamo by the Night Army—a mix of mindless shambling los muertos and sentient half-zombie ravagers. She’s also reeling from the revelation that the residents of her town were the lab rats of the biological testing facility linked to creating the most dangerous zom, the Raggedy Man, who controls all of the living dead.

And the first raid was only a test. The real Night Army is coming, and this time, it’ll be a handful of survivors against seven billion zombies.

*"A triumph...A wonderful multilayered horror story that Maberry's many fans of all ages will savor."
— Booklist, starred review for BROKEN LANDS