Along the Appalachian Trail: Georgia, North Carolina, and Tennessee (Hardcover) 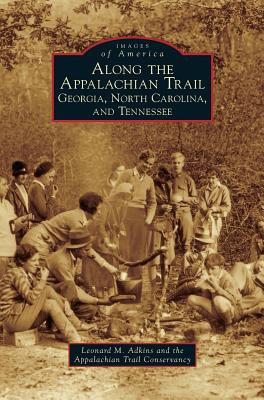 Predating the Great Smoky Mountains National Park and the
Blue Ridge Parkway, the Appalachian Trail was established in the
1920s. Yet even after volunteers had begun the pathway's construction,
its southern terminus was still undetermined. The more than 200
vintage photographs of Images of America: Along the Appalachian
Trail: Georgia, North Carolina, and Tennessee have been culled from
the Appalachian Trail Conservancy, National Park Service, local
trail maintaining clubs, state archives, and historical societies. They
illustrate the sweat, toil, and dedication that went into building the
trail over some of Eastern America's highest and most rugged terrain.
Also chronicled are the people who lived along the trail's route, those
who volunteered to physically build it or lobby for its creation, and the
many relocations that have moved the pathway to optimal locations.