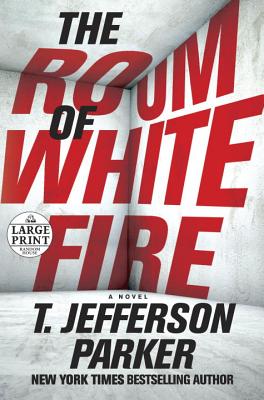 This is book number 1 in the A Roland Ford Novel series.

“T. Jefferson Parker is the poet of American crime fiction, and The Room of White Fire absolutely proves why.”—C.J. Box

In this stirring thriller from New York Times bestseller and award winner T. Jefferson Parker, P.I. Roland Ford must hunt down a soldier who is damaged by war, dangerous, and on the run.

Roland Ford—once a cop, then a marine, now a private investigator—is good at finding people. But when he’s asked to locate an Air Force veteran who’s escaped from a mental institution, he realizes he’s been drawn into something deep and dark. What he doesn’t know is why a shroud of secrecy hangs over the disappearance of Clay Hickman—and why he’s getting a different story from everyone involved. In a flash, what began as just a job becomes a life-or-death obsession for Ford, pitting him against immensely powerful and treacherous people and forcing him to contend with chilling questions about truth, justice, and the American way.

T. Jefferson Parker is the author of numerous novels and short stories, including The Room of White Fire and Swift Vengeance, the winner of three Edgar Awards, and the recipient of a Los Angeles Times Book Prize for mysteries. Before becoming a full-time novelist, he was an award-winning reporter. He lives in Fallbrook, California.