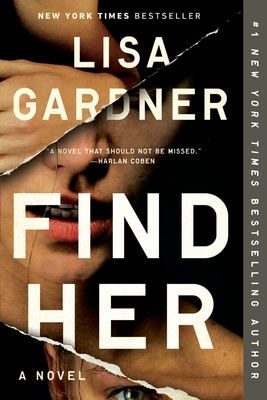 This is book number 9 in the Detective D. D. Warren series.

Seven years ago, carefree college student Flora Dane was kidnapped while on spring break. For 472 days, Flora learned just how much one person can endure.

Miraculously alive after her ordeal, Flora has spent the past five years reacquainting herself with the rhythms of normal life, working with her FBI victim advocate, Samuel Keynes. She has a mother who’s never stopped loving her, a brother who is scared of the person she’s become, and a bedroom wall covered with photos of other girls who’ve never made it home.

When Boston detective D. D. Warren is called to the scene of a crime—a dead man and the bound, naked woman who killed him—she learns that Flora has tangled with three other suspects since her return to society. Is Flora a victim or a vigilante? And with her firsthand knowledge of criminal behavior, could she hold the key to rescuing a missing college student whose abduction has rocked Boston? When Flora herself disappears, D.D. realizes a far more sinister predator is out there. One who’s determined that this time, Flora Dane will never escape. And now it is all up to D. D. Warren to find her.

Lisa Gardner is the number one New York Times best­selling author of twenty-one novels, including her most recent, Look for Me. Her Detective D. D. Warren novels include Find Her, Fear Nothing, Catch Me, Love You More, and The Neighbor, which won the Interna­tional Thriller of the Year Award. She lives with her fam­ily in New England.

Praise for Find Her

“For years Lisa Gardner has been one of the best in the thriller business, but Find Her is something new: taut psychological suspense, an intricate mystery, emotionally devastating, ultimately empowering—a novel that should not be missed.”—Harlan Coben

“Lisa Gardner is the master of the psychological thriller....The world of the FBI, the terror of abduction, and victim advocates blend into this tense...thriller.”—Associated Press

“You'll read Find Her for its adrenaline-charged plot. You'll remember it for its insights into trauma and forgiveness.”—Oprah.com

“A psychological thriller both chilling and emotional. Her narrative thrums with heart-pounding scenes and unexpected twists that have you furiously flipping pages.”—USA Today's Happy Ever After

“Gardner doesn’t disappoint....Longtime fans as well as those new to the series...will delight in this suspenseful offering.”—Library Journal (starred review)

“The line between mysteries and thrillers and so-called literary fiction has always been a thin one, but contemporary writers like Lisa Gardner make that sort of arbitrary distinction seem especially foolish....Find Her...is a taut, brilliantly constructed look at the same sort of horrific situation that powered Emma Donoghue’s Room.”—Connecticut Post

“When it comes to author Lisa Gardner, the tales she writes are always extreme gems in the literary world, and this is no exception.”—Suspense

More Praise for Lisa Gardner and Her Novels

“With labyrinthine twists and surprises on just about every turn of the page, Gardner has crafted a delight of a suspense novel.”—New York Journal of Books on Crash & Burn

“This page-turner, with its contemporary, hard-edged flavor, is sure to satisfy Gardner's ardent fan base.”—Booklist on Crash & Burn

“Her most intriguing and complex novel to date....Only an author as talented as Gardner could make the book so intensely satisfying.”—The Huffington Post on Fear Nothing

“In this strong addition to the series, Gardner retains her place on thrillerdom's top tier.”—Booklist (starred review) on Fear Nothing