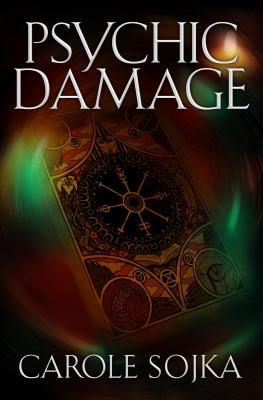 Murder and small-town corruption mingle in the most sinister of ways in Carole Sojka's Psychic Damage.

Computer analyst Eva Stuart, employed by a small city in Southern California, is shocked when she hears someone ask, "Where's the body?" and a moment later overhears that evidence is being "cleaned up." She knows then that the topic of conversation is murder, and she recognizes one of the voices as that of a city official.

Eva knows she heard the conversation right when she learns of a death on the news. She confides in a psychic who warns of danger but also tells of a lover who will come to her aid. When the psychic is found dead and Eva is threatened, she knows she must uncover the corruption that leads directly to the top level of city government.

The turmoil reunites her with Jake, a past lover. Is it too late to rekindle the romance?

There won't be much time to find out. Eva knows she'll soon be a target. She'll have to act fast to stay one step ahead.

Psychic Damage, the latest mystery from the author of A Reason to Kill and So Many Reasons to Die, packs nonstop thrills and suspense as it races toward a shocking conclusion.

Carole Sojka is the author of A Reason to Kill and So Many Reasons to Die, two mysteries set on Florida's Treasure Coast. She lives in a small Southern California town with her husband and two dogs.