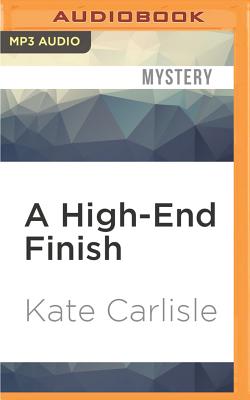 This is book number 1 in the Fixer-Upper Mystery series.

First in a new series

In the seaside town of Lighthouse Cove in northern California, everyone knows the best man for the job is actually a woman--contractor Shannon Hammer. But while Shannon can do wonders with a power drill and a little elbow grease, she's about to discover that some problems aren't so easily fixed... Shannon's home-renovation and repair business is booming, but her love life needs work. On a blind date with real-estate agent Jerry Saxton, she has to whip out a pair of pliers to keep Jerry from getting too hands on. Shannon is happy to put her rotten date behind her, but when Jerry's found dead in a run-down Victorian home that she's been hired to restore, the town's attractive new police chief suspects that her threats may have laid the foundation for murder.

Determined to clear her name, Shannon conducts her own investigation--with the help of her four best friends, her eccentric father, a nosy neighbor or two, and a handsome crime writer who's just moved to town. But as they get closer to prying out the murderer's identity, Shannon is viciously attacked. Now she'll have to nail down the truth--or end up in permanent foreclosure....