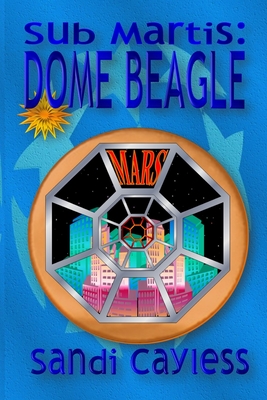 They're back Welcome back to life on Mars and the world of Sub Martis... Enjoying life as postgraduate students with the Amberline Group of Lowell College, University of Mars, Copper Milkstone and Linen Lyrican continue their exploration of subsurface Mars at their Amber-Warren research site near Beagle Dome Complex out on the Isidis Plain. Work on site is enlivened by a batch of miniaturised stealth surface science bots that the two students suspect are more than they seem, ongoing friendships and squabbles with colleagues and site techs and the techy interruptions of their MEDICs, their portable data storage, retrieval, analytic and diagnostic devices that have countless uses, irritating personalities and apparent minds of their own. The presentation of some of their latest results at the prestigious Viking One Science Hub leads the students to a renewed acquaintance with Lieutenant Colonel Elle Chryse Moritz, who is showing more than a passing interest in what they are finding, as well as reunions with the ebullient Grammy Magenta, the unimpressive Wolff Waterbone and the ever ditsy Thulia. Back home in the lab at Lowell, strange things are turning up in their samples and even stranger people are showing an unholy interest in what they are. As the students uncover what might be more evidence of past plant life on Mars, their work seems to be in some way connected with the loss of a starship in the distant past and an increase in military digging at various sites on the red planet, particularly at Beagle and Lowell. With the Martian Fleet apparently on a recruitment drive and their professional lives being interrupted by snooping strangers, incompetent thieves, the odd shot and some high-tech supplied by the recently-promoted Colonel Moritz, Copper and Linen are beginning to think that something big is in the wind.Free time is taken up by trouble for Ma Kellyn from a con man, the return of an old flame and the attentions of a new one for Copper and dealings with Law Enforcement at Viking One. Thanks to Grammy Magenta and Linen's Ma, Corona, the two have the chance to complete their pilot training at Lowell and sample some of the attractions of Beagle Dome, which include the heady experience of a visit to the Dominion Holo-Suites and the Fantasy World of Ultima Azuria Beta and dinner at the BC Hotel. With rather more than the normal number of trips out Beagle way to exhaust them, Lofty and Majorelle continue to provide welcome support in the form of food, drink and listening ears at home, not to mention a few surprise finds from their cellar, whilst the redoubtable Dr Trisk Addystone, in the final throes of his third PhD, lends the two some very interesting data sources and introduces them to the delights of Hallakey's Bar. Sneaky interrogation of a succession of chance-met military contacts and some probing on their own account provide Copper and Linen with some clues as to what is actually going on, to the wry amusement of Colonel Moritz and the utter annoyance of her new subordinates. Grammy Magenta somehow seems to be involved and when a falling rock leaves Copper with more than just a headache, she and Linen find themselves pondering the mysteries of telepathic communication, alien artefacts that spell trouble and the imminent launch of the MSS Drake II. This is Mars and this is the world of Sub Martis. The adventure begun in Sub Martis: Dome Lowell continues...

SANDI CAYLESS is a former research scientist with four degrees, numerous research papers and astronomy articles to her credit and a penchant for dry humour. Her adventures in fiction include the Mars-based novel Sub Martis: Dome Lowell (2013) and the space-station based The Ghost of Glow-Worm Alpha (2013). She has also contributed to Futuredaze: An Anthology of YA Science Fiction (Underwords Press 2013) and her web page is: www.submartis.com.