Too Many Crooks Spoil the Plot (Paperback) 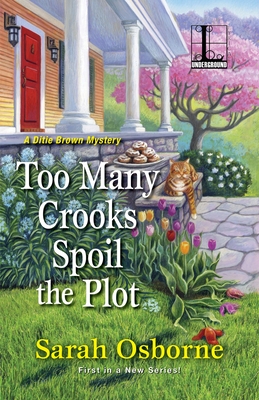 Pediatrician Mabel Aphrodite Brown adores kids. So when a childhood friend asks Ditie to babysit her kids for a few days, she jumps at the chance. She never imagined she'd be solving a murder too . . .

Despite growing up together, Ditie hasn't seen Ellie Winston in two years, and she didn't even know Ellie was living in Atlanta. But when Ellie asks her to take care of Lucie and Jason for the weekend, she thinks nothing of it. They'll bake cookies together, play with her dog-it'll be fun Until the police call with terrible news . . .

Ellie may not have been the best friend, but who would want her dead? Could it have something to do with the vague get-rich-quick scheme she mentioned to Ditie? Or the men in a black truck following her and breaking into her home? Not sure who to trust other than her best friend, Lurleen, Ditie's buried maternal instincts kick in to protect the kids and find their mother's killer-before they're orphaned again . . .