Mashi and Other Stories (Paperback) 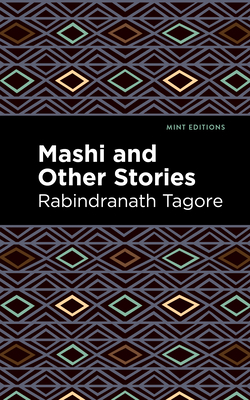 Mashi and Other Stories (1918) is a collection of short stories by Rabindranath Tagore. Published after Tagore received the 1913 Nobel Prize in Literature, Mashi and Other Stories contains some of the author's most beloved works of short fiction, including "Mashi," "The Skeleton," "The Postmaster," and "The River Stairs." "Mashi remained silent, suppressing a sigh. Not once, but often she had seen Jotin spending the night on the verandah wet with the splashing rain, yet not caring to go into his bedroom. Many a day he lay with a throbbing head, longing, she knew, that Mani would come and soothe his brow, while Mani was getting ready to go to the theatre. Yet when Mashi went to fan him, he sent her away petulantly." On his deathbed, Jotin experiences heartache like no other as his young wife Mani neglects him for her own friends and family. Cared for by his aunt Mashi, the young man spends his final days in sorrow, longing for his love to return to him one last time. "Mashi," the title story of the collection, is one of fourteen stories of romance, faith, and tragedy by Bengali polymath and Nobel laureate Rabindranath Tagore. With a beautifully designed cover and professionally typeset manuscript, this edition of Rabindranath Tagore's Mashi and Other Stories is a classic of Indian literature reimagined for modern readers.