The Home and the World (Hardcover) 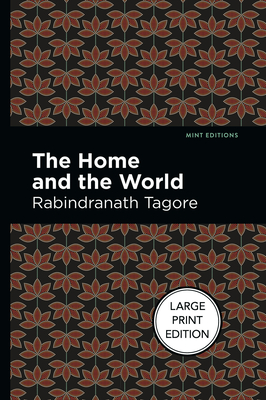 The Home and the World (1916) is a novel by Bengali author Rabindranath Tagore. Written after Tagore received the 1913 Nobel Prize in Literature, the novel dramatizes the Swadeshi movement for Indian independence from British rule. Through the lens of one family, Tagore illuminates the conflict between Western culture and Indian nationalism while exploring the complex relationships of men and women in modern India.

Concerned for his wife, who spends most of her days inside, Nikhil, an educated aristocrat, brings Bimala to a political rally. There, they hear the magnanimous revolutionary Sandip speak out against British imperialism and call for Indian independence. Although Nikhil remains passive, if not indifferent, regarding British rule, Bimala, who comes from a poor family, reaches a political awakening of her own. When Nikhil and Bimala invite Sandip to stay as a guest at their home, Bimala moves further away from her traditional role as a wife and begins to develop romantic feelings for the radical figure. Aware of his growing influence, Sandip places himself between Nikhil and his wife while secretly attempting to convince Bimala to use her husband's wealth to support the Swadeshi cause. The Home and the World is a masterful novel that explores the personal behind the political, inserting the lives of individuals into history's great wheel without losing sight of humanity.

With a beautifully designed cover and professionally typeset manuscript, this edition of Rabindranath Tagore's The Home and the World is a classic of Indian literature reimagined for modern readers.