The Pride of Zenobia: Queen of Palmyra (Paperback) 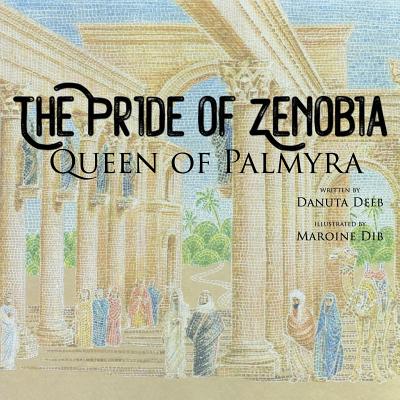 By Danuta Deeb
Unavailable to Order

It's the year 272 A.D., Zenobia, the sophisticated queen of Syria is not afraid to declare war on the peasant emperor Aurelian of Rome, as she is wanting to expand her dominion over the whole Mesopotamia and Egypt. Unfortunately, she is defeated and Aurelian, proud of his victory, ostentatiously displays her on the streets of Rome shackled in golden chains, only to find himself in love with her beautiful daughter Livia. Zenobia's faithful maid, Salma gives up her dreams of leading a caravan and follows her queen in captivity all the way to Rome. The queen's son, young king Wahballat is able to escape the roman soldiers thanks to the pretty Bacchante Larissa who has been secretly in love with him for a long time.

Danuta was born in Latakia, Syria, from a Syrian father and a Polish mother. She grew up in a bilingual school, Carmel St. Joseph, where she was taught Arabic and French. Danuta attended Medical School in Damascus, and underwent training in Preventive Pediatrics at the Hospital for Sick Children in Paris, France. She completed her Residency in Pediatrics at William Beaumont Hospital in Royal Oak, Michigan, and has been in practice in the Orlando area since 1985. Danuta has two sons, and an American husband. She loves Opera, Ballet, classical and contemporary music, and she plays the piano. Danuta states: "I love my job as a pediatrician, taking care of children, and I love to write."