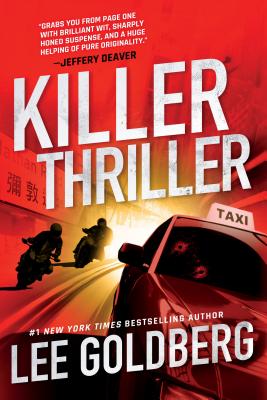 This is book number 2 in the Ian Ludlow Thrillers series.

In #1 New York Times bestselling author Lee Goldberg's action-packed sequel to the Washington Post bestseller True Fiction, a hapless writer is pitted against an enemy nation mounting a treacherous plot lifted from one of his thrillers.

Everybody loves Ian Ludlow's action novels--especially the CIA--because the spies know something the public doesn't: his fictional plots have a frightening tendency to come true. Ian is in Hong Kong with his resourceful assistant Margo French to research his wildest story yet--a deadly global conspiracy by Chinese intelligence to topple the United States.

What Ian doesn't know is that his horrifying scenario is happening and that the Chinese mistakenly believe he's an undercover superspy assigned to foil their scheme. Now Ian is trapped in his own terrifying thriller, on the run from assassins, and racing against time to prevent an epic disaster. He's written himself into a corner that could cost his life...and his country.