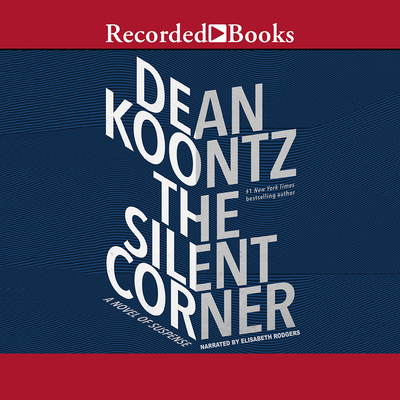 This is book number 1 in the Jane Hawk series.

My Favorite Scary Future Scenario —The new Jane Hawk series by Dean Koontz leading off with The Silent Corner , followed by The Whispering Room, are a couple of the scariest books I’ve read, with no creepy supernaturals, just creepy humans.

“Koontz's new heroine is Jane Stark, a kick-ass-and-take-names FBI agent who is out to discover why her husband took his own life. When she finds out that other people in key positions are also committing suicide, the more mysterious and complicated the circumstances become and the more attention she draws to herself - and not in a good way. Koontz is a master of suspense, creating sharp twists and turns with originality that will challenge your intellect. The Silent Corner is a gripping, enthralling thriller. I can't wait for the next installment!”
— Robin Allen (W), Forever Books, Saint Joseph, MI

A dazzling new series debuts with a remarkable heroine certain to become a new icon of suspense, propelled by the singular narrative genius of #1 New York Times bestselling author Dean Koontz. "I very much need to be dead." These are the chilling words left behind by a man who had everything to live for-but took his own life. In the void that remains stands his widow, Jane, surrounded by questions destined to go unanswered . . . unless she does what all the grief, fear, confusion, and fury inside of her demand: find the truth, no matter what. There is no one else to speak for Jane's husband-or the others who have followed him into death at their own hands. Although people of talent and accomplishment, people admired and happy and sound of mind, have recently been committing suicide in surprising numbers, no one else is willing to give up everything, just to seek, to find, to know. No one except Jane. But ahead lies only risk. Because those arrayed against her are legion . . . and dangerously devoted to protecting something profoundly important-or terrifying-enough to exterminate any and all in their way. Too many have already died, and those responsible will learn that all their malevolent power may not be enough to stop a woman as clever as they are cold-blooded, as relentless as they are ruthless-and who is driven by a righteous rage they can never comprehend. Because it is born of love.