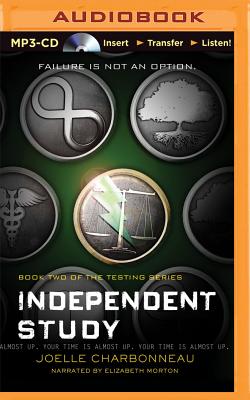 This is book number 2 in the Testing Trilogy series.

Seventeen-year-old Cia Vale survived The Testing, as has Tomas, the boy she loves, and they have both gained admission to the University. She has a promising future as a leader of the United Commonwealth and no memory of her bloody testing experience, thanks to a government-sanctioned memory wipe. Cia should be happy but is plagued by doubts about the past and future. Determined to find the truth, she embarks on a path of study forbidden by the government delving into the Commonwealth's darkest secrets. What she finds is the brutal reality lurking behind the friendly faces of her classmates and the unbearable realization that leaders chosen to protect us can be our greatest enemy.