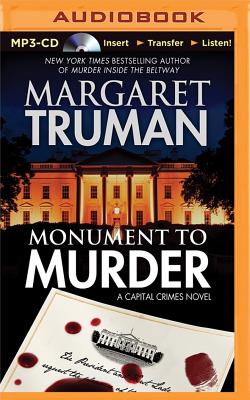 This is book number 25 in the Capital Crimes series.

Times are tough in Savannah for former cop and current PI Robert Brixton, so when he agrees to take on a 20 year-old murder case, he figures he's got nothing to lose. It's not long before the trail leads him deep into the corrupt underbelly of Savannah's power elite, and right into the lap of a secret government organization that's been offing "troublesome" politicians for decades. The cold case heats up when he joins forces with former attorneys Mackensie and Annabel Lee Smith to investigate the organization and the murders they committed in the name of patriotism.

With what he knows, Brixton can bring down Washington, D.C.'s leading social hostess, if not the administration itself. But can he outwit an organization that is hell-bent on keeping its secrets--secrets that go all the way back to the assassinations of Jack and Bobby Kennedy?

Margaret Truman brings us into the corridors of Washington power as only she can, where the end too often justifies the means, where good people are destroyed by those for whom the only goal is survival...whatever the cost.