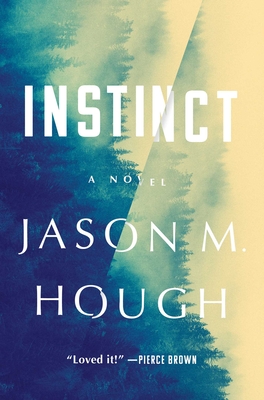 Twin Peaks meets Blake Crouch as an overwhelmed police officer struggles to save her small, isolated mountain town after a series of seemingly unrelated violent incidents and senseless deaths in this twisting, atmospheric thriller from the New York Times bestselling author of The Dire Earth Cycle.

Welcome to Silvertown. Population: 602 (for now).

Officer Mary Whittaker has yet to be fully welcomed by the residents of this tiny, quirky mountain town which seems to be home to more conspiracy theories than any other place in America. But with the chief of police on leave, she is left alone to confront a series of abnormal incidents—strange even by Silvertown standards.

A teenager dies tragically after eating obviously poisonous mushrooms from his lawn.

A hiker found dead on a trail, smiling serenely after being mauled by a bear.

A normally doting mother leaving her toddler twins behind without noticing.

Other residents seem to have lost all sense of self-preservation as they walk out in front of Mary’s moving cruiser or sit placidly in the middle of a sharp bend in a mountain road. It’s almost as if the townsfolk are losing their survival instincts, one by one.

As she digs deeper into her investigation and uncovers a larger conspiracy lurking below the surface of Silvertown, Officer Whittaker finds herself on the brink of falling prey to whatever has possessed the town and she must distinguish the truth from paranoia-fueled lies before she ends up losing her own instincts…and her life.

Jason M. Hough is the New York Times bestselling author of The Dire Earth Cycle and the near-future spy thriller Zero World, and is a proud member of SFWA (Science Fiction and Fantasy Writers of America) and ITW (International Thriller Writers). When not writing, reading, or playing with his kids, he spends his time exploring virtual reality or trying to coax his 3D printer into doing something useful. He lives near Seattle, Washington with his wife, two sons, and a dog named Missbuster.