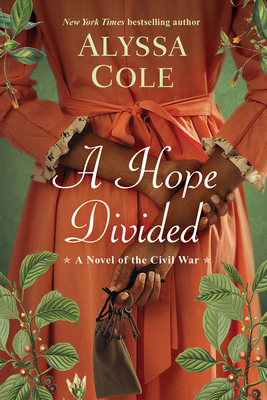 This is book number 2 in the The Loyal League series.

From the award-winning author of the instant New York Times and USA Today bestseller, When No One Is Watching… The Civil War has turned neighbor against neighbor—but for one scientist spy and her philosopher soldier, the battle could bind them together as love war, and racial justice collide in Alyssa Cole’s  buzzworthy, sensual, and revelatory Civil War novel.Named a Best of the Year by Entertainment Weekly * Bookpage * Kirkus * Vulture * Publishers Weekly * Booklist

Alyssa Cole is an Edgar Award-winning, New York Times and USA Today bestselling author of contemporary suspense and historical, contemporary, and sci-fi romance. Her Civil War-set espionage romance An Extraordinary Union was the American Library Association’s RUSA Best Romance for 2018, and A Princess in Theory was one of the New York Times’ 100 Notable Books of 2018. She’s contributed to publications including Bustle, Shondaland, The Toast, Vulture, and Heroes and Heartbreakers, and her books have received critical acclaim from The New York Times, Library Journal, BuzzFeed, Kirkus, Booklist, Jezebel, Vulture, Book Riot, Entertainment Weekly, and various other outlets.  Her books have landed on Best of lists from Entertainment Weekly, Vulture, Essence, Newsweek, Bookpage, Kirkus, Publishers Weekly, Library Journal, Booklist, among others. Visit her online at AlyssaCole.com

“Cole does the seemingly impossible, using the Civil War as a backdrop for a realistic, gripping interracial romance that interrogates slavery, systemic racism, and more, while still remaining utterly swoon-worthy.” —Entertainment Weekly, Top 10 Romances of 2017 on An Extraordinary Union

“Cole's Civil War-set romance boasts one of the most delightfully, unapologetically powerful heroines in recent memory. Elle Burns quotes The Art of War in between dodging Confederate bullets, and by the end of An Extraordinary Union, readers are just as smitten with her as her adoring love interest is.” —BookPage, Top Pick, 10 Best Romance Novels of 2017 on An Extraordinary Union

“Cole’s characters are complex and passionate. Readers will share the couple’s rage and admire their determination” —Library Journal, Editor’s Fall Picks for A Hope Divided

“Fans of Beverly Jenkins will be thrilled with Cole’s fearless, steamy, and moving multicultural take on forbidden love in a time of slavery and war.” —Booklist STARRED REVIEW for An Extraordinary Union

“Cole’s sparkling gem of a romance portrays love at its most practical and sublime.” —Publishers Weekly STARRED REVIEW, BEST BOOKS OF 2017 on An Extraordinary Union

“[Alyssa Cole’s] prose is flawless. Her historical research is absorbing, and her characters are achingly human. This book is fantastic. As the war closes in around them, the line blurs between who is the rescuer and who is the rescued.” —Kirkus Reviews, STARRED REVIEW for A Hope Divided

“Successfully navigating the challenges of writing an interracial romance set during the Civil War is difficult enough to do once, but to pull it off twice is truly impressive. And yet Cole has managed to do just that with her second book in the series.” —Shondaland.com on A Hope Divide