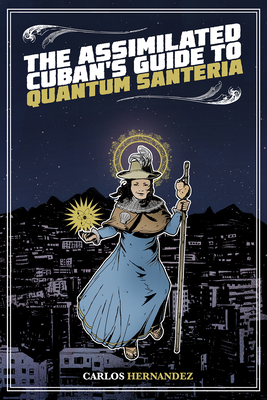 Assimilation is founded on surrender and being broken; this collection of short stories features people who have assimilated, but are actively trying to reclaim their lives. There is a concert pianist who defies death by uploading his soul into his piano. There is the person who draws his mother’s ghost out of the bullet hole in the wall near where she was executed. Another character has a horn growing out of the center of his forehead—punishment for an affair. But he is too weak to end it, too much in love to be moral. Another story recounts a panda breeder looking for tips. And then there’s a border patrol agent trying to figure out how to process undocumented visitors from another galaxy. Poignant by way of funny, and philosophical by way of grotesque, Hernandez’s stories are prayers for self-sovereignty.

Carlos Hernandez is the author of more than 30 works of fiction, poetry, prose, and drama. He is an associate professor at the City University of New York (CUNY), where he teaches English courses at the Borough of Manhattan Community College, and is a member of the doctoral faculty at the CUNY Graduate Center. He is a coauthor of Abecedarium and is a game designer, currently serving as lead writer on Meriwether, a computer role playing game (CRPG) about the Lewis and Clark Expedition. He lives in Queens.

"For the most part, Hernandez's science isn't very serious, but his satirical targets are often dead-on." —Gary Wolfe, Chicago Tribune