Behind the Scenes: Formerly a Slave (Paperback) 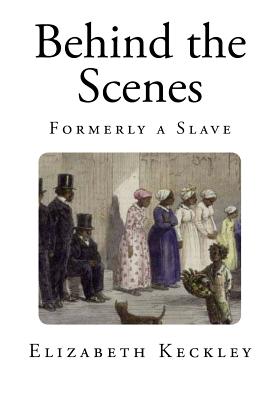 Behind the Scenes, Formerly a Slave, By Elizabeth Keckley, Thirty Years a Slave, and Four Years in The White House, Elizabeth Hobbs Keckley (sometimes spelled Keckly; February 1818 - May 1907) 2] was a former slave who became a successful seamstress, civic activist and author in Washington, DC. She was best known as the personal modiste and confidante of Mary Todd Lincoln, the First Lady. Keckley had moved to Washington in 1860 after buying her freedom and that of her son in St. Louis. She created an independent business in the capital based on clients who were the wives of the government elite. Among them were Varina Davis, wife of Jefferson Davis; and Mary Anna Custis Lee, wife of Robert E. Lee. After the American Civil War, Keckley wrote and published an autobiography, Behind the Scenes: Or, Thirty Years a Slave and Four Years in the White House (1868). It was both a slave narrative and a portrait of the First Family, especially Mary Todd Lincoln, and considered controversial for breaking privacy about them. It was also her claim as a businesswoman to be part of the new mixed-race, educated middle-class that were visible among the leadership of the black community. Keckley's relationship with Mary Todd Lincoln, the President's wife, was notable for its personal quality and intimacy, as well as its endurance over time.