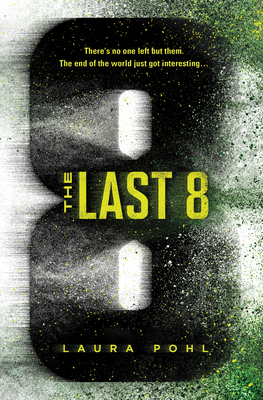 An LGBTQ YA "sci-fi romp" (Kirkus), The Last 8 is a thrilling high-stakes survival story about the last eight teenagers left on Earth after aliens attack, praised as "An extravaganza of nonstop action" (School Library Journal)

Extinction was just the beginning…

Clover Martinez has always been a survivor, which is the reason she isn't among the dead when aliens invade and destroy Earth as she knows it.

Clover is convinced she's the only one left until she hears a voice on the radio urging her to go to the former Area 51. When she arrives, she's greeted by a band of misfits who call themselves The Last Teenagers on Earth.

Only they aren't the ragtag group of heroes Clover was expecting. The seven strangers seem more interested in pretending the world didn't end than fighting back, and Clover starts to wonder if she was better off alone. But when she finds a hidden spaceship within the walls of the compound, she doesn't know what to believe…or who to trust.

The Last 8 is perfect for readers looking for:

Praise for The Last 8:

"The Walking Dead meets Alien in this expertly plotted debut. Teens will want to follow Clover on her next adventure!" — Zoraida Cordova, author of the Brooklyn Brujas series

"The Last 8 is diverse and immersive science fiction...With its powerful world building and emotional twists, The Last 8 is a beautifully fresh take on the idea of an alien apocalypse." — Foreword Reviews

"This debut is, at times, both joyful and heartbreaking ... Pohl's characters are tough, funny, and brave as they manage to persevere despite the debilitating weight of grief." — Booklist

Laura Pohl is a Brazilian writer who lives in São Paulo. She likes writing messages in caps lock, quoting Hamilton, and obsessing about Star Wars. When not taking pictures of her dog, she can be found discussing alien conspiracy theories. She is the author of The Grimrose Girls and The Last 8 duology. Visit her online at onlybylaura.com.