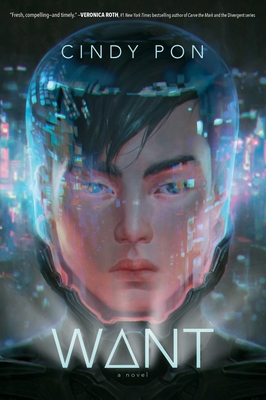 Cindy Pon takes readers to a future Taiwan with stark divisions between the you – the privileged few who have all the necessary resources and more, who can not only survive, but also thrive and indulge, and the mei – the marginalized underprivileged masses who struggle to breathe and eat in a contaminated environment. Jason Zhou and his friends intend for him to form a relationship with Daiyu, heiress to the Jin Corporation, which manufactures the environmental suits that the elite wear to protect themselves from their damaged environment, in order to infiltrate the company. When he develops feelings for Daiyu, will he betray his cause, his friends, and the memory of his mother? Great dystopian class warfare drama.

Set in a near-future Taipei plagued by pollution, a group of teens risk everything to save their city in this thrilling novel from critically acclaimed author Cindy Pon.

Jason Zhou survives in a divided society where the elite use their wealth to buy longer lives. The rich wear special suits, protecting them from the pollution and viruses that plague the city, while those without suffer illness and early deaths. Frustrated by his city’s corruption and still grieving the loss of his mother who died as a result of it, Zhou is determined to change things, no matter the cost.

With the help of his friends, Zhou infiltrates the lives of the wealthy in hopes of destroying the international Jin Corporation from within. Jin Corp not only manufactures the special suits the rich rely on, but they may also be manufacturing the pollution that makes them necessary.

Yet the deeper Zhou delves into this new world of excess and wealth, the more muddled his plans become. And against his better judgment, Zhou finds himself falling for Daiyu, the daughter of Jin Corp’s CEO. Can Zhou save his city without compromising who he is, or destroying his own heart?