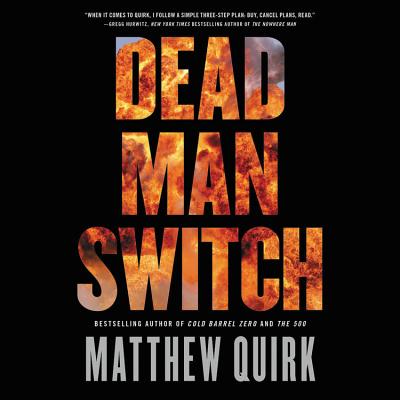 Thousands of American lives are at stake, and their survival rests on Captain John Hayes and his special operations team.A deadly fall on a rugged stretch of California coast. A home invasion gone wrong in Brittany. No one connects the killings because the victims are living under cover, their true identities closely-held secrets. They are members of America's most select kill/capture team, which combines special operations lethality with CIA tradecraft. They are the last line of defense against foreign threats, and someone is assassinating them one by one where they sleep, taking family and innocent bystanders to make the deaths seem like accidents.Captain John Hayes, a special operations legend, has left the military and spent the past year at home with his family. Once he uncovers the pattern behind the killings, he returns to the field to protect the men and women he once worked with. One of those women, Claire Sutherland, draws suspicion for her brilliant abilities as an assassin, and vanishes into thin air. Meanwhile, the attacks on Hayes's team members grow bolder, the killers conspiring to draw them into Manhattan by orchestrating a devastating attack on Independence Day.Hayes and his teammates are racing against the clock to save their own lives, and thousands more. As with his first John Hayes novel, Cold Barrel Zero, Matthew Quirk has written a breathless high-stakes thriller where the gravest dangers are embedded deep within a tangled nest of politics, double-crosses, and government conspiracies.